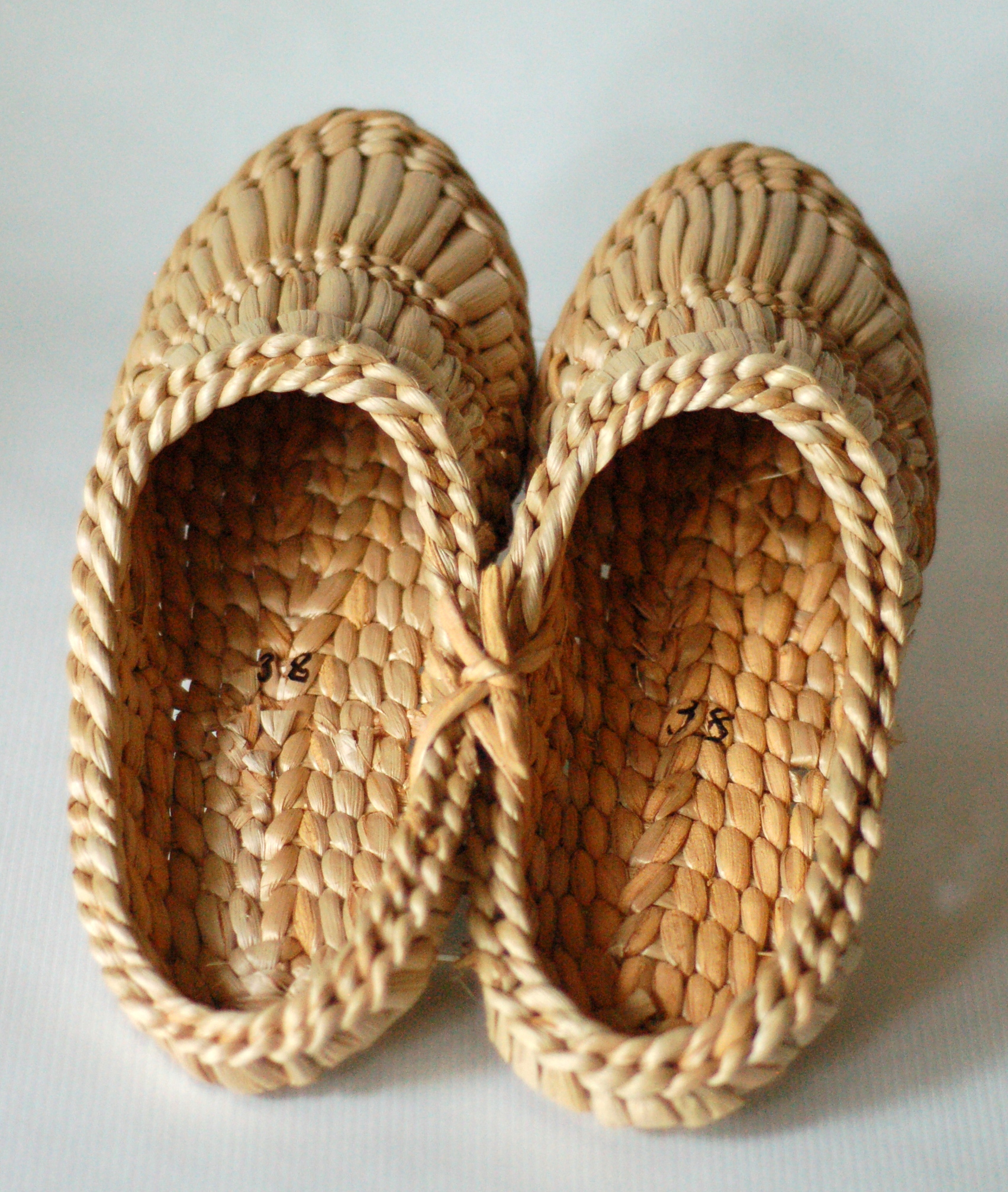 Bast shoes. The most popular, and comfortable, footwear in Russian villages and small towns.

The name originates from the Russian word lapa that means foot or, more commonly, paw. They were plaited from linden, birch, or elm bark, and did not last, especially if worn outdoors. They appeared plaited from thick straw.

With the growth and dominance of cities, lapti came to be considered as not merely archaic but as footwear associated, even equated, with backwardness and simple-mindedness of their wearers.