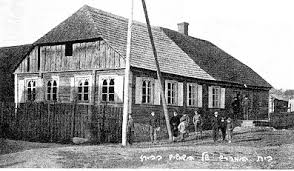 Like many other towns in the area, it was founded in the 11th century. Most of its population by the end of 19th century was Jewish.

Jews referred to the town as Boslev so as not to utter the word God.

Read more about this town in http://jewua.org/boguslav/